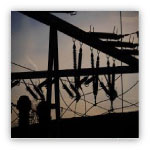 Last week financial executives received some valuable advice on ways to significantly reduce costs associated with an expensive non-budgeted item – cybercrime. Greg Schaffer heads up DHS’s Office of Cybersecurity and Communications and his comments on cybercrime included: “Cybercrime is not a problem that is growing, or coming, or off in the future.  This is a problem right now.” Mr. Schaffer also cited some statistics from reports and surveys: A single cyber breach costs companies an average of $6.75 million  27 countries have claimed to have experienced financial losses related to cybercrime In 2009, 30 million examples of new malicious software were released   END_OF_DOCUMENT_TOKEN_TO_BE_REPLACED

New Release! The First Preventers Playbook: How to Intervene, Disrupt, and Prevent Tragedy Before It Strikes

High Costs, Bad Headlines, Lawsuits, and “Cockroaches” all Because You Didn’t Do This…(Video)