Most everyone has heard of the “Pathway to Violence” where an individual may have a grievance and then begin to express thoughts and fantasies about violence and then plan, prepare, and execute their plan of attack.

Failures & challenges at this stage

The Columbine High School massacre is one of numerous tragedies where common gaps prevented the team(s) from intervening and monitoring and ultimately preventing. If the pieces of the puzzle had been collected, assessed, and connected more effectively, the team(s) would have been in a better position to intervene and monitor the at-risk individuals and prevent this horrible tragedy. 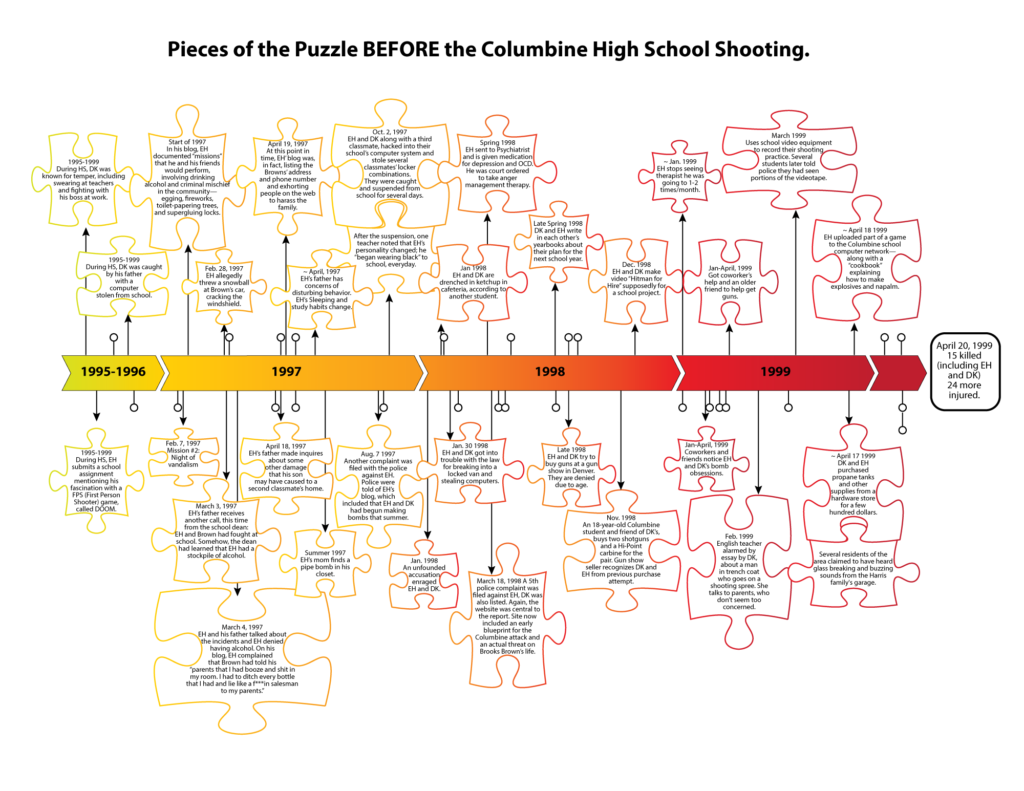 Eliminating and reducing the failures & challenges

The difference between a Pathway to Violence and Pathway to Prevention is whether your team can successfully identify at-risk individuals using the indicators and then intervene and disrupt their pathway and prevent the execution of their plan.

How does Awareity eliminate the scattered, disconnected, and siloed information to make your Intervening and Monitoring Stage successful?

It starts with assessment teams wanting to make a difference in the lives of their community members. 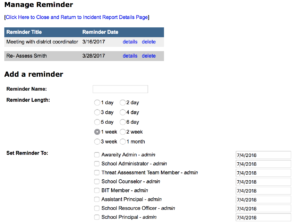 Up to this point in the 6 Stages, assessment teams should have all the information within the Platform to see the full picture along the Pathway to Prevention, however, in order to be successful at the Intervening and Monitoring Stage you need to have a team who really wants to take action and make a difference.

Overwhelming research reveals the key to preventing is making sure all stages of prevention are in place and connected so all appropriate resources can work together during the ongoing intervention efforts. Too many times we hear about known at-risk individuals who have fallen through the gaps and cracks as well as those at-risk individuals that re-escalated to execute their plan because ongoing intervention and monitoring efforts failed.

Awareity’s Platform is designed to support ongoing intervention and monitoring efforts with automated reminders, reports based on an individual, as well as action item notification.

(Due to the sensitive nature of this story we are keeping the client’s name as well as the student’s name private, but this is a large school district in the United States.)

A report came in about a young man sleeping in class which was very uncharacteristic of him. Through the investigation, it was discovered that he was working full time because his living situation had changed and it was putting a financial strain on the family.  The family told him he had to get a full-time job to make up for the lack of income provided by the other family that had been living with them, which is why he was so tired.

In an attempt to help intervene and alleviate the situation, we were able to link the boy with a counselor to help him figure out a modified schedule in order to work and still get his school work done. In the end, everybody appears to be doing okay, however, without intervening things could have been very different. In addition, the counselor was able to keep in touch with the student as he moved from grade to grade to ensure he stays supported.