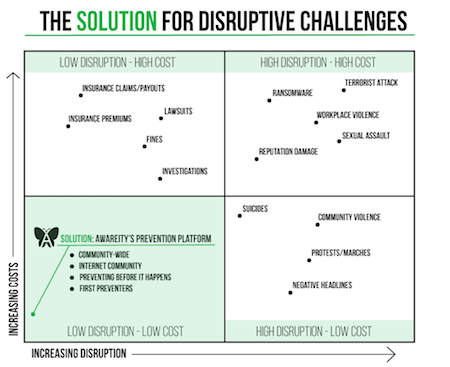 Human Intelligence (HI) is the intellectual capacity of humans, which is characterized by perception, consciousness, self-awareness, and volition.

Unfortunately for organizations and communities, hackers are getting around Artificial Intelligence (AI) and Machine Intelligence (MI) by flooding, poisoning, and social engineering. Terrorists and other evil doers are finding ways around AI too. These disruptive challenges must come with creative, and in some cases, disruptive (to the status quo) solutions! 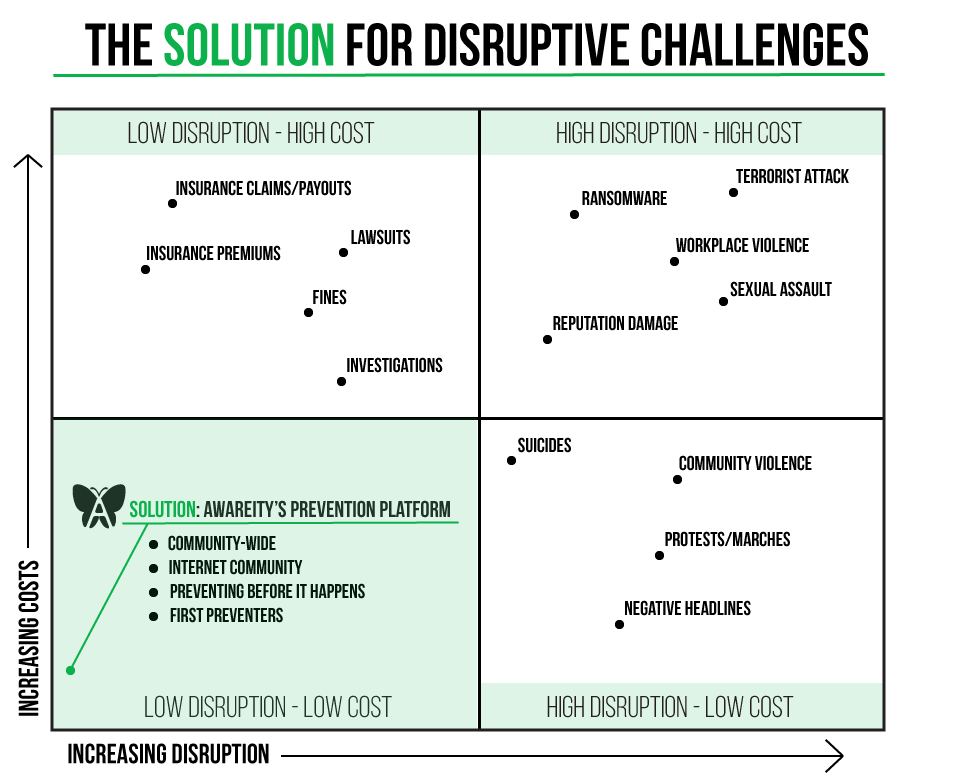 HOWEVER, the combination of Disruptive Innovation and Human Intelligence is proving to be the MOST effective solution in communities and organizations whose leaders are more focused on disrupting and preventing incidents BEFORE they happen (BEFORE the incidents and tragedies even become a twinkle of data for Artificial Intelligence to process).

“The ‘basic goal’ has already been reached, where a tip led police to prevent a potential active shooter incident. Other tips have helped officers stop fights before they happen and intervene in drug deals. And the system has cross-checking capability that links reports about the same individual, even if they take place weeks or months apart.” – Awareity Client

To see how other communities and organizations are using Disruptive Innovation and Human Intelligence to more effectively stop and prevent violence, disruptive challenges, embarrassing headlines, expensive incidents, tragic incidents, and numerous other related consequences BEFORE they happen… click here now.